How do APs determine a device’s location?

Wi-Fi geolocation is done primarily by collecting the RSSI of frames sent from a client seen by multiple access points in an area, then applying trilateration algorithms to that data to approximate the location of a device. This requires careful placement of access points, as well as accurate placement on a floor plan or other location system within the access point controller.

First and foremost, for trilateration to work properly a client needs to be heard by at least three APs at any given time, and four would be ideal. On the flip side, more than five or six APs could limit the effectiveness by adding unnecessary noise and interference in the environment. A client that is only seen by two APs will be accurate in one dimension (the distance between the APs), but won’t be able to accurately detect the location in the second dimension. 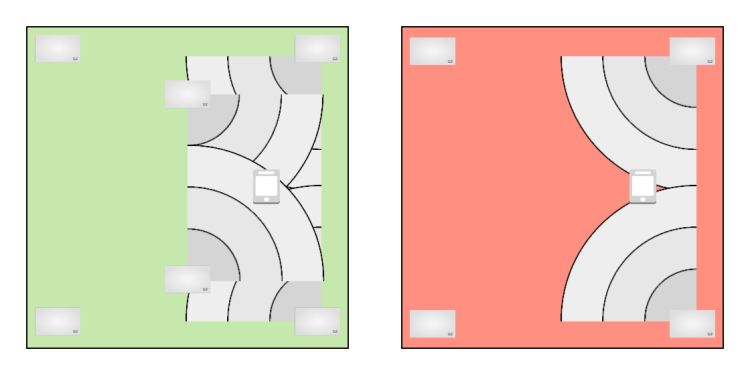 Contrary to designing for coverage, location detection works best when the service area is completely encapsulated by the access points, meaning that APs are placed on the outer edge of the zone where devices will be located. 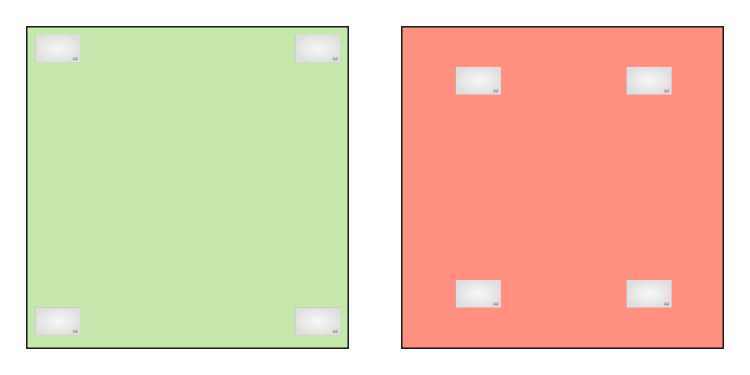 Because trilateration happens in the latitude and longitude planes and signal strength is used to determine the distance of a client between APs, placing APs in a perfect grid or line actually inhibits the APs from detecting the offset from each other. It’s recommended to place APs in an imperfect shape, which is especially important in long narrow spaces such as corridors or alleys.

Finally, minimize any major line-of-sight obstructions between APs, especially in areas of heavy traffic. Shelves and walls between APs will impact the RSSI received by the AP, which will place the client further away from the AP than it actually is. 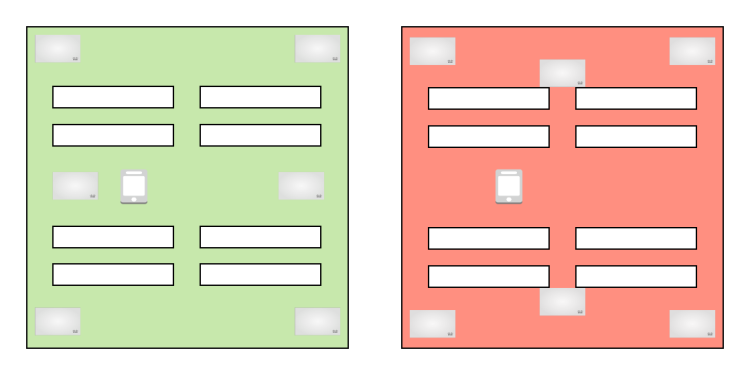 It’s important to note that the accuracy will be limited by how often the access points see frames from a client. For a mobile phone with the screen turned off, such as in someone’s pocket, APs will rely on the periodic probes that a device will send out, which may be as few as a couple of times per minute, meaning our location detection will only be current to the last probe.

Because it can take a lot of processing power to constantly detect and triangulate a large number of clients, many Wi-Fi vendors will aggregate the received data and perform the trilateration at regular intervals, such as once per minute. It’s important to review the vendor’s documentation and set expectations accordingly.

Both iOS and Android support MAC randomization, which masks the device’s true MAC address in many management frames. This can make triangulating a device, or keeping track of subsequent visits, significantly more difficult. iOS has this feature enabled by default, whereas most Android phones default to disabled. There are ways to de-anonymize these devices, but it’s usually more hassle than it’s worth. The easiest way to overcome MAC randomization is to encourage devices to join the Wi-Fi network, as the real MAC address is used for association.

Because most Wi-Fi clients are mobile and probe frequency is sparse, sub-meter accuracy will be difficult-to-impossible to achieve. Other technologies, such as BLE, RFID, and RTLS may be used in place of, or in addition to, relying on Wi-Fi for location analytics. Some vendors, such as Meraki, include BLE scanning radios in their access points. While BLE can be more accurate than Wi-Fi, a larger percentage of devices are either not BLE-enabled, or users are disabling the BLE radio in their client device.